By Brett Bundale THE CANADIAN PRESS On Nov 23, 2022
Share

Canadian Tire Corp. has failed to ensure garment workers in its South Asian supplier factories are paid a living wage, labour groups allege in a complaint filed with a federal corporate watchdog. 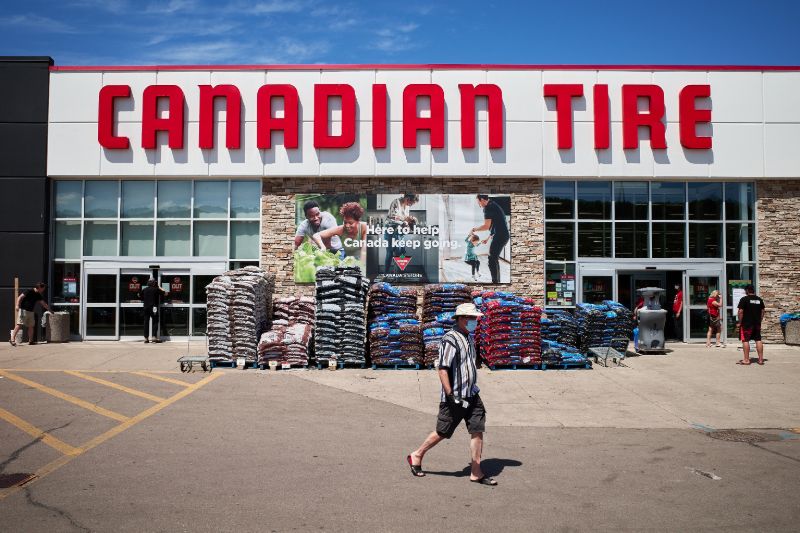 The Canadian Labour Congress and the United Steelworkers Union filed the complaint with the Canadian Ombudsperson for Responsible Enterprise on Tuesday, calling on the office to investigate allegations of human rights abuses in the retailer’s supply chain.

“Mark’s’ failure to ensure a living wage is paid to workers in its supply chain is a human rights abuse,” the complaint addressed to Ombudsperson Sheri Meyerhoffer said.

Canadian Tire said it works to ensure that its suppliers comply with all local laws, including compensation.

“As part of our activities to ensure compliance, (Canadian Tire) regularly tracks wage rates and works with reputable third parties to audit factories that manufacture our owned brand products,” the company said in an emailed statement on Tuesday.

While the company’s suppliers may pay slightly more than the legal minimum wage in Bangladesh, garment workers still earn less than $1 an hour on average, said Kalpona Akter, executive director of the Bangladesh Center for Workers Solidarity.

Workers live in overcrowded housing and struggle to buy food despite working as much as six days a week and 12 hours a day, she said.

“Many face a constant struggle to feed themselves and their families and live one step away from abject poverty,” Akter said during a news conference.

The average garment worker earns about $173 a month — an amount that would have to increase four or five times to pay workers a living wage, she said.

“The women and men employed in Bangladesh garment factories like those used by Mark’s and Canadian Tire live in poverty,” he said during a news conference.

“Canadian Tire has influence and resources to ensure that rights are respected,” Warren said. “They need to be pushed to live up to their responsibilities.”

The complaint requests that the federal corporate watchdog “determine the extent of their human rights abuses in the Bangladesh ready-made garment industry” and the company’s “failure to ensure workers in their supply chain are paid a living wage.”

The labour groups are asking the watchdog to recommend that Canadian Tire publicly commits to ensuring a living wage is paid to all workers in its global garment supply chain.

Bangladesh is one of the world’s largest garment exporters.

Lululemon launched an investigation in 2019 after reports surfaced of worker abuse at a factory in Bangladesh that supplied the athleisure retailer.

In 2013, a factory that collapsed in Bangladesh killing more than 200 people made Joe Fresh-brand clothes.

Loblaw said at the time that it has vendor standards, which ensure products are manufactured “in a socially responsible way.”