By Brett Bundale THE CANADIAN PRESS On Oct 17, 2022
Share

Canada’s biggest grocer is freezing prices on all its No Name products until next year as double-digit food inflation sends grocery bills spiralling. 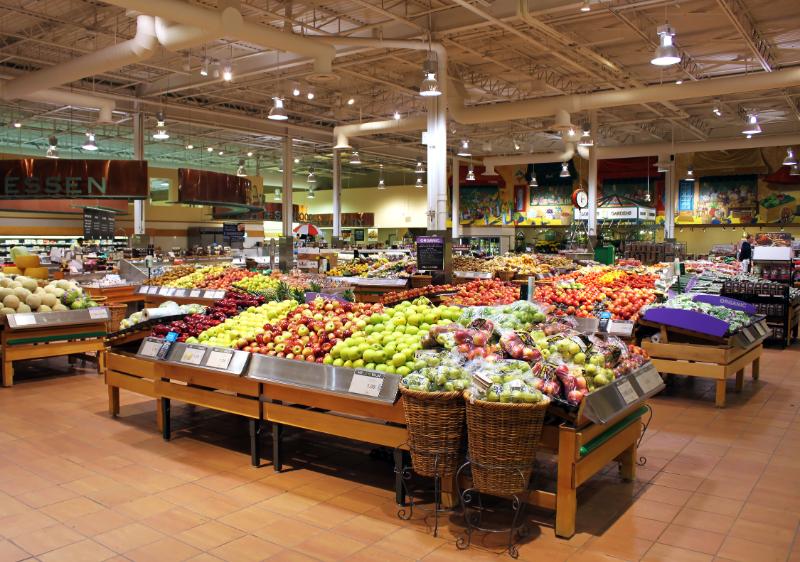 Loblaw Companies Ltd. said Monday it has locked in prices of the popular house brand, which includes more than 1,500 grocery items, until Jan. 31, 2023.

In a letter shared with customers, Loblaw chairman and president Galen G. Weston said the price of an average basket of groceries is up about 10 per cent this year with some items like apples, soup and chips up even more.

“Maddeningly, much of this is out of our control” as food suppliers pass on higher costs to Loblaw, he said.

While the grocery chain is pushing back against unfair price increases, most are reasonable and stem from increases in suppliers’ basic costs, Weston said.

In an effort to help Canadians “hit the brakes on food inflation,” Loblaw is locking in No Name prices and promising more deals in the weeks to come, he said.

“Anyone who regularly visits the grocery store knows that over the past year the cost of food has increased rapidly,” Weston said in a letter shared with members of the company’s PC Optimum loyalty program.

Freezing prices of the private label brand with distinctive yellow-and-black packaging follows similar announcements by grocers in other countries.

In August, French supermarket chain Carrefour announced plans to freeze prices on about 100 of its house-brand products until Nov. 30.

In June, German grocer Lidl’s US arm introduced a summer price-cutting campaign to ease the inflationary burden on customers. The company said it dropped prices on more than 100 items in its stores across nine East Coast states until August.

“We’ve seen grocers voluntarily freezing prices across the G7 for a while now,” said Sylvain Charlebois, Dalhousie University professor of food distribution and policy. “It should have happened a long time ago in Canada.”

Grocers are able to freeze their house label prices because they control the supply chain from the beginning to shelf pricing, said Marty Weintraub, partner and national retail consulting leader at Deloitte Canada.

“We’re seeing grocers globally focusing on the value proposition around private label because they can quite frankly control (the supply chain) and there’s a good PR message that resonates with consumers,” he said. “It gets a lot harder with national brands because … you don’t control the supply chain.”

The price gap on average between private label and national brands can be north of 15 to 20 per cent, Weintraub said.

Price freezing can be “win-win” for retailers and consumers, he added.

Canada’s big grocery retailers have come under fire in recent months as many chains have continued to post strong profits while consumers are hit with higher prices amid relentless inflation.

NDP Leader Jagmeet Singh has said “greedflation” is behind higher grocery bills, suggesting “rich CEOs” are to blame for the rising cost of food.

He called Loblaw’s decision to freeze No Name prices a “positive step” but said the grocer “could have acted a lot sooner.”

“We’re concerned that they’re freezing the higher prices, the inflated prices,” he told reporters as he discussed a motion to investigate food prices.

Locking-in No Name prices will help to repair some of the image issues Loblaw has faced in recent months, Charlebois said.

“This is also a PR strategy … a lot of Canadians are blaming grocers for what’s going on with food inflation,” he said.

“Some of it is deserved … but much of that criticism is unfair because food prices can rise for a variety of reasons beyond a grocer’s control.”

If freezing prices amid ongoing inflation cuts into Loblaw’s revenues, the company could look to recoup those losses through tougher negotiations with suppliers — who could in turn raise prices for independent grocers, he said.

“We have a concern about this because, based on our experience, when there’s tension between the large chains and the large suppliers, there tends to be a ripple effect on the independents,” he said.

“If a big chain retailer is squeezing a large supplier and they acquiesce to those demands, we could see a ripple effect on how they in turn deal with the smaller players in the market.”

Amazon faces off with union in fight for a second warehouse