By Jon Gambrell THE ASSOCIATED PRESS On Mar 24, 2021
Share 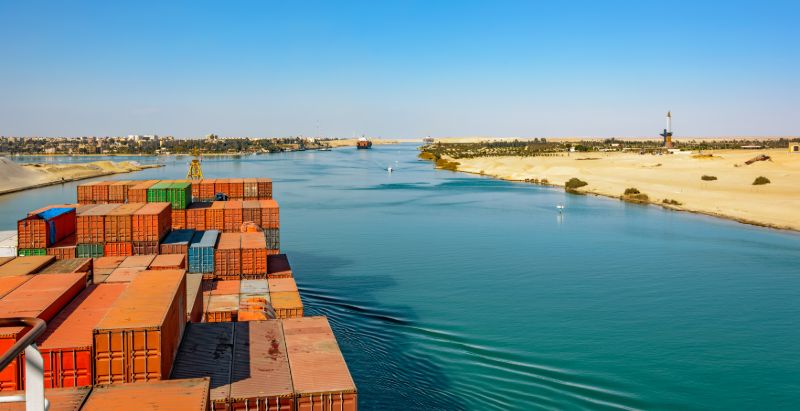 Traffic on the narrow waterway dividing continental Africa from the Sinai Peninsula stopped Tuesday after the MV Ever Given, a Panama-flagged container ship with an owner listed in Japan, got stuck.

It wasn’t immediately clear what caused the Ever Given to turn sideways in the canal. GAC, a global shipping and logistics company, described the Ever Given as suffering “a blackout while transiting in a northerly direction,” without elaborating. Others blamed high winds for turning the vessel.

The Ever Given’s bow was touching the canal’s eastern wall, while its stern looked lodged against its western wall, according to satellite data from MarineTraffic.com. Several tug boats surrounded the ship, likely attempting to push it the right way, the data showed.

An image posted to Instagram by a user on another waiting cargo ship appeared to showed the Ever Given wedged across the canal.

Canal authorities could not be immediately reached early Wednesday. The ship appeared to be stuck some 6 kilometres (3.7 miles) north of the southernly mouth of the canal near the city of Suez.

Cargo ships and oil tankers appeared to be lining up at the southern end of the Suez Canal, waiting to be able to pass through the waterway to the Mediterranean Sea, according to MarineTraffic data.

A United Nations database listed the Ever Given as being owned by Shoei Kisen KK, a ship-leasing firm based in Imabari, Japan. The firm could not be immediately reached for comment Wednesday. The ship had listed its destination as Rotterdam in the Netherlands prior to getting stuck in the canal.

Evergreen Marine Corp., a major Taiwan-based shipping company, also listed the Ever Given among ships in its fleet and the ship bears its colour scheme and logo.

Evergreen could not immediately be reached for comment, though Taiwan’s state-run Central News Agency quoted unidentified company sources as saying the ship had been overcome by strong winds as it entered the Suez Canal from the Red Sea but none of its containers had sunk.

Opened in 1869, the Suez Canal provides a crucial link for oil, natural gas and cargo being shipping from East to West. Around 10% of the world’s trade flows through the waterway and it remains one of Egypt’s top foreign currency earners. In 2015, the government of President Abdel-Fattah el-Sissi completed a major expansion of the canal, allowing it to accommodate the world’s largest vessels.