By Brett Bundale THE CANADIAN PRESS On Jul 25, 2022
Share

A mustard seed shortage is driving up prices and could leave some store shelves with scant supply before the new harvest hits markets this fall, industry experts say. 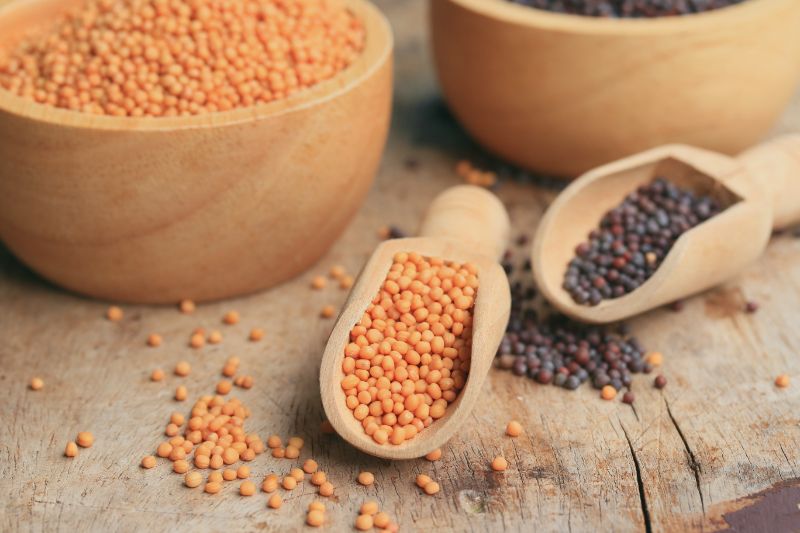 France, the world’s biggest consumer of the popular condiment, is already facing shortages while other countries are seeing prices climb as last year’s mustard seed stocks are depleted.

The problem can be traced back to the Canadian Prairies, where the majority of the world’s mustard seeds are grown.

A drop in the number of acres planted last year in Saskatchewan and Alberta combined with a severe summer drought means crop yields are far lower than usual.

“The heat that we got last July just absolutely devastated yields,” said Stuart Smyth, associate professor in the Department of Agricultural and Resource Economics with the University of Saskatchewan in Saskatoon.

“Mustard seed yield was only 35 per cent of the 10-year average.”

Prices for the yellow spread have steadily increased since.

For example, a hundredweight of yellow mustard seeds, roughly 45 kilograms, cost more than $150 a week ago — triple the $50 price tag from a year ago, according to a Saskatchewan database of agricultural commodity prices.

Brown mustard seeds, used in Dijon-style mustard, cost $182.33 per hundredweight a week ago, compared with $45 a year ago.

Yet for mustard makers, the high prices are only half the battle.

Some are struggling to even find enough Canadian seeds to buy.

“I bought mustard seeds in the spring of this year from last year’s harvest … and I had to almost beg my supplier to sell it to me,” said Eric Giesbrecht, a chef and owner of Brassica Mustard.

“It was probably the last 2,000 pounds he had and he was worried he wouldn’t have enough to fill his other orders.”

The Calgary-based business owner ended up paying about 400 per cent more than usual — an astronomical cost increase he’s mostly had to absorb.

“Using Canadian mustard seeds is just part of the identity of my company, so importing seeds wasn’t an option,” Giesbrecht said.

Kraft Heinz Co., which makes Heinz Yellow Mustard and the Dijon mustard brand Grey Poupon, said the shortage has only impacted the brown mustard seeds it uses in its Dijon variety.

The company said as soon as it identified a potential supply issue, it worked to find other sources of brown mustard seed in different parts of the world.

“We also worked to prioritize (stock-keeping units) in our Grey Poupon portfolio that we know are customer favourites to ensure we would avoid shortages of those key products,” the company said in an emailed statement.

No one from Dijon mustard maker Maille Canada, a subsidiary of Unilever, was available for comment.

The company attributed its inventory position to its “resilient global supply chain and strong sourcing capabilities.”

Canadian grocers directed inquiries on mustard supply to the Retail Council of Canada.

Michelle Wasylyshen, spokeswoman for the retail industry group, said Canadians should have no concerns about food availability though “there may be times when consumers will have to look for alternatives and substitutions.”

“In Canada, last year’s harvest for mustard was heavily impacted by drought and this affected production,” she said.

“We don’t manufacture a lot of mustard domestically, but rather provide the seed to other countries which then produce the actual condiment.”

Indeed, the shortage has underscored how little of the mustard seed crop grown in Canada stays here to be processed into a condiment.

“Our process sector needs help developing the expertise and capacity.”

While so far Canadian stores appear to have ample supply, it may just be a matter of time before broader mustard market conditions hit retail here, he said.

“It takes a while before ingredient shortages work their way through the supply chain,” Charlebois said.

“It’s quite possible that we’ll run short of mustard but it may happen a little bit later in Canada.”

Unlike in France, where Dijon mustard is a kitchen staple almost as commonplace as salt and pepper, Canadians tend to only buy mustard once every six months or less and would likely be more amenable to substitutes, Charlebois said.

“We could actually see less supply at some point but it wouldn’t be a catastrophe and it would be short lived.”

Meanwhile, scientists warn climate change could lead to more frequent and severe droughts in the Prairies, a situation that could affect future crop yields.

But Smyth said drought management has improved dramatically in recent years, which will help maximize harvests.

This year so far, he said the growing season has been promising, boding well for a healthy harvest this fall.

In addition, the number of planted acres is up.

Saskatchewan farmers planted about 550,000 acres of mustard seed this year, or roughly 220,000 hectares, an increase of almost 40 per cent compared with the 10 year average, according to provincial data.

“If conditions hold here over the next four to six weeks, we should be in good shape,” Smyth said.

“Definitely by the time we have our Christmas hams rolled out we’ll have lots of Dijon for it.”