By Shawn Jeffords THE CANADIAN PRESS On Feb 25, 2020
Share

HAMILTON — Protesters in central Canada erected new rail blockades on Tuesday as the federal government said it was still working to de-escalate ongoing tensions with a British Columbia First Nation at the heart of the widespread disruptions. 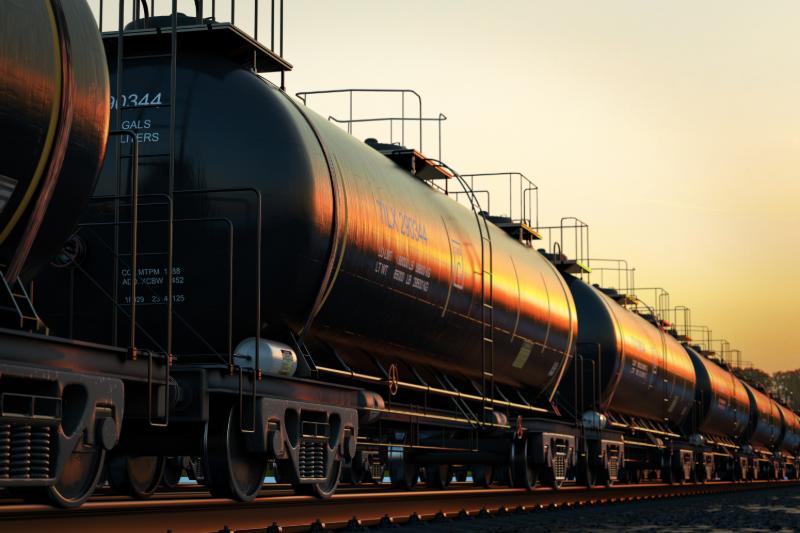 A day after police dismantled a major rail blockade near Belleville, Ont., new ones surfaced in both Quebec and Ontario.

The largest emerged in Hamilton along a heavily travelled commuter rail line. The disruption along what Go Transit describes as its busiest route left thousands of passengers scrambling to make alternative travel plans and caused numerous delays and cancellations.

Hamilton police said they had no plans to move in on the small group of demonstrators camped out on the tracks near a Canadian National Railway Co. depot.

Const. Jerome Stewart said CN served demonstrators an court injunction Monday night to leave the area and no one else is allowed on the tracks.

“We are encouraging the protesters who have gathered there to leave the area peacefully,” Stewart said at a news conference. “Right now we’re going to continue to monitor the situation.”

GO Train service in Hamilton and all points on the route to Niagara Falls, Ont., has been halted since Monday evening, said Metrolinx spokeswoman Anne Marie Aikins. Shuttle buses are running to help commuters, she said.

“We’re standing by and waiting, there’s not much action we can take,” Aikins said.

A group called Wet’suwet’en Strong: Hamilton in Solidarity, have claimed responsibility for the blockade.

“It’s a new day, and we started it by burning the injunction delivered by CN rail!” the group wrote on Facebook.

“Remember why we’re out here; the violence the state has perpetrated towards Indigenous land defenders and their supporters, the forced removal and criminalization of Indigenous people from their lands.”

The blockade is the latest in a series of disruptions orchestrated by protesters acting in support of the hereditary chiefs of the Wet’suwet’en First Nation, who oppose a natural gas pipeline project that crosses their traditional territory in northwestern British Columbia.

Another blockade sprang up in Sherbrooke, Que., Tuesday morning when about 20 protesters congregated along a rail line 150 kilometres east of Montreal. Protesters refused to speak to reporters on site, and Sherbrooke police have set up a security perimeter in the area.

Federal Indigenous Services Minister Mark Miller said Ottawa is hoping to hear from the hereditary chiefs later today, saying the government is still committed to peacefully resolving the situation that has hampered freight and passenger travel in much of the country for nearly three weeks.

“A lot of this has to do with back and forth and discussions,” he said. “There is a path towards resolving this in a peaceful way.”

Miller’s comments come after multiple police operations aimed at clearing some of the most high-profile rail blockades.

A leader of a BC First Nation that neighbours Wet’suwet’en territory said 14 people were arrested on Monday at a blockade outside New Hazelton, BC.

Gitxsan Nation Hereditary Chief Spookwx said he and three other hereditary chiefs were taken into custody as RCMP removed a demonstration on the CN Rail main line in northern BC.

A similar blockade was set up by the Gitxsan earlier this month and removed as a show of good faith on Feb. 13.

But Spookwx, who also goes by Norm Stephens, said the protest resumed because RCMP have not acted quickly enough to leave the Wet’suwet’en territory.

All 14 demonstrators have since been released by Mounties, he said.

A similar operation from the Ontario Provincial Police on Monday resulted in the arrest of 10 protesters who had been occupying a stretch of track in Tyendinaga Mohawk Territory near Belleville, Ont. They, too, were released with conditions.

Police said a smaller encampment remained in place on the CN-owned line on Tuesday.

Meanwhile, Canadian Pacific Railway obtained an injunction Tuesday to end a blockade that began in early February in the Mohawk community of Kahnawake, south of Montreal, a spokeswoman said.

On Monday, the Mohawk Council of Kahnawake had commended CP Rail and the Quebec government for their patience over the past two weeks and for avoiding seeking an injunction.

A spokesman for the Kahnawake Mohawk Peacekeepers wasn’t immediately available on Tuesday, but Chief Peacekeeper Dwayne Zacharie has previously said he would not enforce an injunction on his own people.

“Of course we have to be very, very careful,” he said in Montreal. “But at the same time, we’ve been in this situation for 20 days now, people in Quebec are suffering and I think we need to dismantle those barricades.”

— with files from Liam Casey in Toronto, Sidhartha Banerjee in Montreal and Elizabeth Leighton in Vancouver.