With society’s attitudes shifting, women now occupy more leadership roles in business than ever before. This trend is also visible in the supply chain field, in which women also continue to work in an increasing number of decision-making positions. 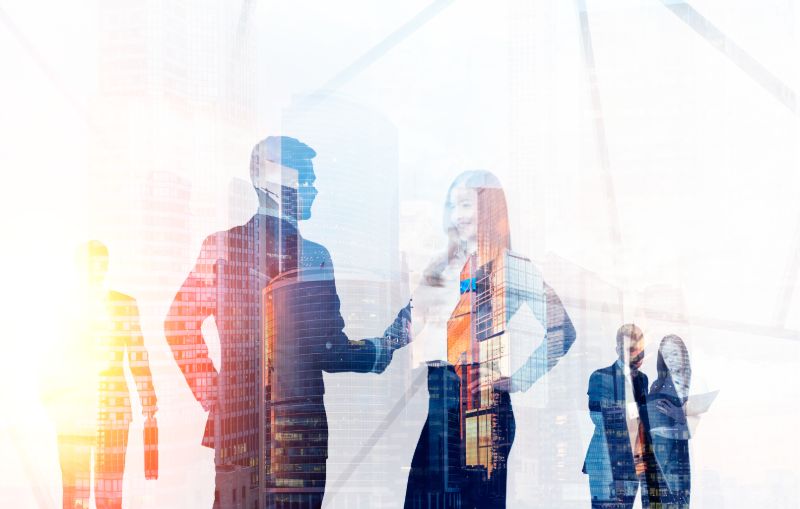 To discuss what these changes mean for women in supply chain, and how they can further enhance and develop their careers, Supply Chain Canada held an online event, called Leadership Series 2.0: Women in Supply Chain, on March 25.

The event included several discussions and information sessions with speakers and experts from a range of supply chain roles. During the event, those experts shared their experiences, along with tips and strategies for listeners to implement.

Dealing with risk
The day’s first session, entitled How do Leaders Navigate Risk to Further their Career, featured several supply chain professionals discussing techniques to manage risk as they step out of their comfort zones.

Moderator Karen Fritz, chief supply chain officer at Ontario Power Generation, asked panelists to discuss a risk they took during their careers, what the basis was for the decision and what they learned from it.

Panelist Leslie Nicholson, SVP, supply chain operations at Nestle Canada, highlighted a decision during her career to get a job in the railway industry. At the time she accepted a job there, she didn’t know the industry, most of the categories or the markets.

“The basis for me was around the personal growth,” Nicholson told the listening audience. “I’ve learned that means, ‘jump in with both feet and start going.’”

From that experience, Nicholson learned that most people have an enormous capacity for achievement. Therefore, when hiring someone for a project, Nicholson looks for those who are curious, who will push, and who possess some content knowledge.

For fellow panelist Vanessa Clemendot, VP of supply chain at L’Oreal, her biggest challenge was moving to Canada from her native Paris, France. After 18 years at L’Oreal, Clemendot realized that she could no longer stay in her comfort zone and needed to be challenged in novel ways.

“Even if I’m working in Quebec and we can speak French, it’s not the same,” she said. “It’s always slightly different. I needed to learn new things.”

Victoria Toll, director, transportation at Home Depot Canada, said that one of her biggest risks was learning to advocate and negotiate for herself. Toll recounted an offer for a position that would have meant a move to Florida. But her company at the time countered with an offer for her to stay.
It’s important to think through one’s objectives and goals, Toll said. Women are often very good at advocating for others but must also remember to grow themselves. Leaders must learn to make difficult decisions, both in business and for themselves.

“That sometimes can be a risk because people are afraid of not being liked,” she added. “But I didn’t find that was the outcome.”

Fritz asked how the women on the panel handled the perception of taking risks with people to increase an organization’s diversity and inclusion, and whether that was actually a risk. Panelist Andaleeb Dobson, vice-president of merchandising and supply chain at The Source, mentioned two potential leadership mindsets: a fixed-capacity mindset, which suggests people have limited potential; and a capacity building mindset, which emphasizes that people can learn and grow. Being aware of these biases means we can emphasize a capacity building mindset, Dobson noted.

“As we start to try to remove that unconscious bias and think about more people with that capacity building mindset, we as leaders will start to build that diversity within our team,” she said.

Help from men
Another session, called Leveraging Male Allies to Advocate and Help Advance Women, focused on how men can help to promote opportunities to ensure that women are supported and mentored.
Moderator Katie Oestebo asked the panel why men should champion women. Panelist JJ Lee, director, Integrated Business Planning, The J.M. Smucker Company, said that doing so is a recognition that diversity among candidates for positions is beneficial and that good teams incorporate diversity.

“The most successful teams I’ve ever been on have had the most diversity and the greatest complement of skill sets,” she said. “It doesn’t have to look like what I look like.”

Fellow panelist John Salt, now retired senior vice-president of supply chain at Canadian Tire, agreed that more men hold positions of power in senior levels than women. To change that, Salt agreed that those men must avoid favouring candidates similar to themselves when hiring or promoting.

“The men at the senior levels have to be involved in changing that,” he said.

Men are often in powerful positions that have the most influence, said fellow panelist Lee Ann Carver, associate vice-president, supply chain operations Asia, Canadian Tire. When women see men exerting that influence, they can wonder, ‘why not me?’

“That’s the cycle that I really feel is important and why men can play a pivotal role,” she said.
Carver provides one-on-one coaching – with both men and women – in which she helps them analyze their strengths, weaknesses, opportunities and threats. This helps them build their self-awareness and decide what they’re best at and where they have opportunities to develop.

Be open to feedback and work to identify blind spots, advised panelist Todd Campbell, vice-president of supply chain and operations, The J.M. Smucker Company. It’s easy for people to think that they don’t have a certain bias, but “if someone has taken the time to share that point of view with you, then there’s merit in there somewhere and it’s worth exploring with other people that you trust and work with.”

Have fun and ensure that the role fits, Campbell said. If a role isn’t fun, you likely won’t be successful in the long run. But by having fun, people will be drawn to your energy.

As well, don’t be afraid to take risks, he said – there’s no map or predefined career path.

Mindfulness
Suzannah Kelly, VP of global talent management at Apotex and Kerry Oliver, VP, supply chain at Canada Goose, discussed staying focused during difficult times like the current pandemic, in a discussion called Techniques to Focus and find Balance while Engaging Teams in Uncertain Times.
Kelly likened looking after oneself to putting on one’s own oxygen mask first on an airplane before helping others. Awareness, simplicity and consistency are three concepts that help her in maintaining selfcare.

“One of the things that I’m really learning and enjoying as I get older is making myself a priority without guilt and moving away from this notion that somehow that’s selfish,” Kelly said.
Oliver listed mindfulness, boundaries and accountability as three keys to selfcare that she uses. At the same time, she has made meditation part of her daily routine. She reflects on how well she’s doing in each of those three areas regularly.

Competition
Another session, entitled How Women Compete with Women: Overcoming Gender-based Obstacles, included a question from moderator Winny Shen, associate professor of organizational studies at the Schulich School of Business, York University, regarding whether women compete differently than men.

“I think sometimes females may feel threatened because, in general, there’s a limited amount of leadership roles within a company,” Cervina said. “Sometimes, what may potentially happen is, you’re so caught up in wanting to deliver and perform, you have a winner-take-all mentality in some people. I don’t think it’s just a female thing.”

People must be aware of unconscious bias, said fellow panelist Angela Kosakowska, director, procurement, Coca-Cola Canada Bottling Ltd. She tries not to overuse words like ‘help,’ and ‘support’ to limit that bias.

She also noted that women must make sure not to put themselves down too much, while reminding themselves that they are, in fact, subject matter experts.

“Otherwise, we’re not doing each other any favours,” she said.

Women have a great emotional quotient, or EQ, which is a leadership trait and competitive advantage that should be leveraged, said Celia Landesberg, senior enterprise account executive at Ecovadis. Yet, women are less likely to apply for a position if they only meet some, rather than all, qualifications for it.

To foster support for a team, adopt a growth mindset, Landesberg recommended. Other team members’ success won’t limit yours, and leadership isn’t just tied to a title.

“Everyone on any team can step into that leadership role,” she said.

The event wrapped up with a session entitled The Power of Connection, during which Lisa Bragg, founder and CEO of MediaFace, discussed networking as a powerful, door-opening skill. Superior networking skills can help professionals be seen as leaders in their fields and bring more business, Bragg said.