OMAHA, Neb. — Union Pacific’s second-quarter profit jumped 59 per cent as the railroad hauled 22 per cent more cargo than a year ago when shipments fell to the lowest levels of the coronavirus pandemic. 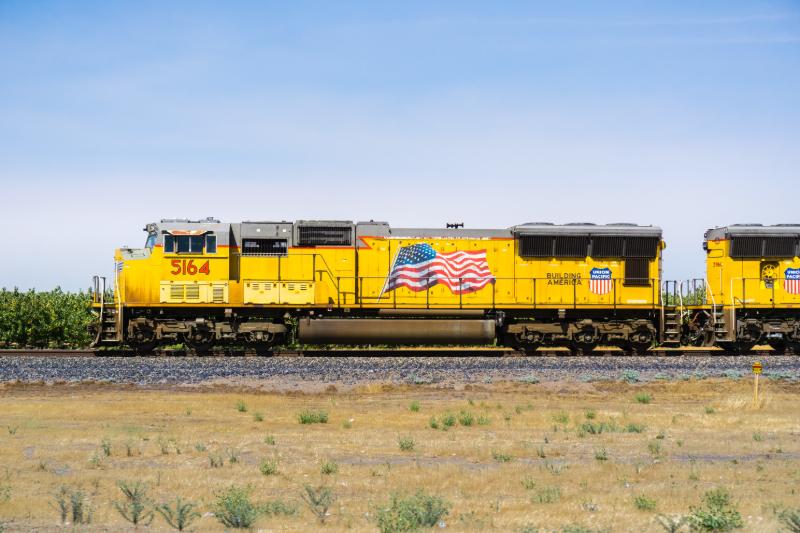 The results surpassed Wall Street expectations. The average estimate of six analysts surveyed by Zacks Investment Research was for earnings of $2.55 per share.

The number of shipments Union Pacific handled during the quarter was up in every category of freight. A year ago, restrictions related to the pandemic caused more than a 20% drop in shipping volume across all major railroads.

Union Pacific said it now expects shipping volume to grow 7 per cent overall this year as the economy continues to recover from the pandemic. That’s up slightly from its previous prediction of 6 per cent volume growth.

Union Pacific shares have increased slightly more than 4 per cent since the beginning of the year, while the S&P 500 index has increased 16 per cent. The stock has climbed 22 per cent in the last 12 months. It’s shares jumped nearly 3 per cent in premarket trading Thursday.

Union Pacific is one of the nation’s largest railroads, and it operates 32,400 miles (52,000 kilometres) of track in 23 Western states.