US services firms grew at a record pace in September 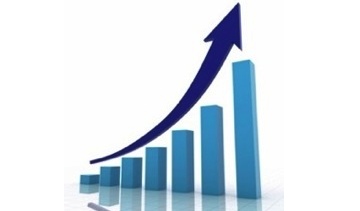 WASHINGTON—U.S. services firms expanded at a record pace last month, stepping up production and hiring, in another sign of strength for the American economy.
The Institute for Supply Management, a trade group of purchasing managers, reports that its services index hit 61.6 in September, up from 58.5 in August and the highest in records going back to 2008. Anything above 50 signals growth, and services companies are on a 104-month winning streak.
Economists had expected the index to fall slightly in September.
Seventeen services industries reported growth last month, and none declined.
The services sector enjoyed faster growth in just about every activity—production, new orders, hiring, prices, export orders.
The uptick in the ISM index reflects a healthy economy, helped partly by recent tax cuts. “Activity is still being boosted by the substantial fiscal stimulus enacted earlier this year,” Andrew Hunter, U.S. economist at Capital Economics, wrote in a research note.
“I don’t know how sustainable this rate of growth is,” said Anthony Nieves, chair of the ISM’s services survey committee. Nieves said the index was probably boosted, in part, by local governments stepping up spending before year’s end.
Some of the services firms responding to the ISM survey complained about labour shortages and the impact of U.S. tariffs this year on imported steel, aluminum and products from China.
From April through June, the U.S. economy grew at a 4.2 per cent annual pace, fastest in nearly four years. Consumer spending on services rose at a 3 per cent rate, fastest in more than three years.
Private services companies account for more than 70 per cent of U.S. nonfarm jobs.

Handling of high drivers still being ironed out