By Martin Crutsinger THE ASSOCIATED PRESS On Aug 26, 2021
Share

WASHINGTON (AP) — The US economy grew at a robust 6.6 per cent annual rate last quarter, slightly faster than previously estimated, the government said Thursday in a report that pointed to a sustained consumer-led rebound from the pandemic recession. But worries are growing that the delta variant of the coronavirus is beginning to cause a slowdown. 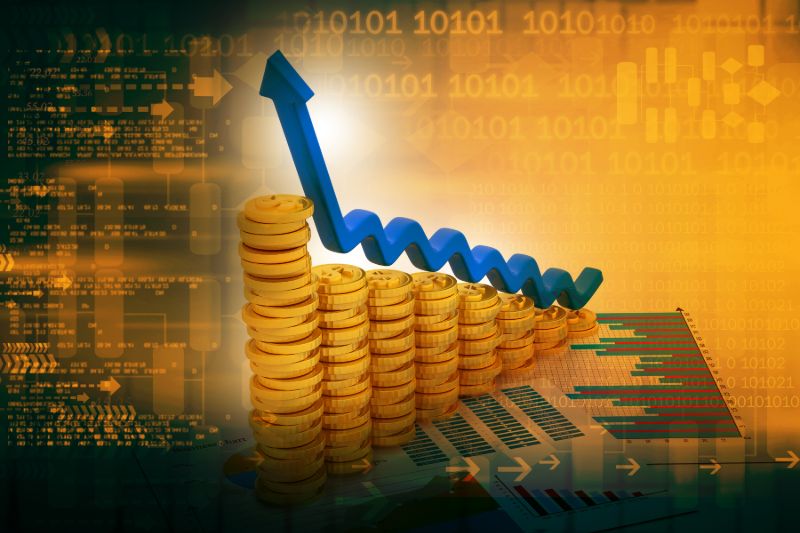 The report from the Commerce Department estimated that the nation’s gross domestic product _ its total output of goods and services — accelerated slightly in the April-June quarter from the 6.5 per cent it had initially reported last month. The economy’s expansion last quarter followed a solid 6.3 per cent annual growth rate in the January-March period.

In recent weeks, many economists have been downgrading their estimates of GDP growth for this quarter, and for 2021 as a whole, as the now-dominant delta variant has sent confirmed COVID-19 cases rising throughout the country.

New reported cases are now topping 150,000 a day, the highest level since late January. As a consequence, real-time tracking of consumer activities, notably for airline travel and restaurant dining, has weakened in recent weeks.

The government’s upgraded estimate for growth in the April-June quarter fell somewhat shy of expectations. Some economists had predicted a 7% annual rate or more. They based that view on a belief that consumer spending had accelerated even faster than the sizzling 11.8 per cent rate first reported. Thursday’s revised estimate for consumer spending, which drives about 70 per cent of economic activity, was upgraded by 0.1 percentage point to 11.9 per cent.

The slight rise in the government’s estimate for April-June growth reflected, in part, stronger business investment, which grew at a solid 9.3 per cent rate, and export sales, which were up at a 6.6 per cent rate after falling in the first quarter. Offsetting that strength was a bigger drag from cutbacks in businesses inventory restocking and weaker home building, which fell at an 11.5 per cent annual rate. This sector has been hurt by surging prices for materials and a shortage of construction workers.

Goldman Sachs has cut its forecast for annual growth in the current July-September quarter from 9 per cent to 5.5 per cent, citing the effects of the delta variant. Likewise, Wells Fargo economists have downgraded their third quarter GDP forecast from an 8.8 per cent annual rate to 6.8 per cent, also because of the surge in COVID cases.

Some forecasters have also reduced their outlook for the full year, thought by smaller amounts, in anticipation that the economy could re-accelerate in the final three months of 2021 if COVID cases ease as vaccines are increasingly administered. But uncertainty remains.

“The real question is how well spending will hold up against the current delta wave,” said Leslie Preston, senior economist at TD Economics. “Some high-frequency indicators are pointing to a loss in momentum in spending as consumer caution creeps in.”

Mark Zandi, chief economist at Moody’s Analytics, said he had downgraded his forecast for annual GDP growth this quarter from 8.4 per cent to 6.5 per cent. But he predicted that GDP will expand at a strong 6.4% annual rate in the final three months of the year.

That would leave growth for the full year at a brisk 6.1 per cent, which would be the fastest calendar-year expansion since a 7.2 per cent gain in 1984. Last year, the economy shrank 3.4 per cent as the pandemic-triggered recession wiped out tens of millions of jobs.

At the same time, Zandi cautioned that COVID remains in his mind the most serious economic risk.

“The economy is linked at the hip to the pandemic,” he said. “So long as the pandemic is raging, that will drive a lot of what happens in the economy.”

The uncertainty surrounding COVID is complicating the work of the Federal Reserve. The Fed is caught between the risks posed by COVID, which would normally call for continued economic support from the central bank, and rising inflation, which creates pressure on the Fed to consider dialing back its ultra-low-interest rate policies.

The GDP report Thursday showed prices rising at a 6.5 per cent annual rate in the second quarter, the fastest such pace since a 6.8 per cent quarterly increase in 1981, when the Fed was fighting high inflation by raising interest rates to historic highs.

Financial markets will be listening closely when Fed Chair Jerome Powell gives a high-profile speech Friday morning as part of an annual conference of central bankers. The conference, sponsored by the Federal Reserve Bank of Kansas City and normally held in Jackson Hole, Wyoming, will instead be a virtual-only event for a second straight year because of rising COVID cases in Wyoming.

In its GDP report Thursday, the government said that purchases of durable goods, which include vehicles, appliances, furniture and electronic gear, among other longer-lasting items, rose at an 11.3 per cent rate in the second quarter. That was a strong figure, though well below the 50 per cent jump in the first quarter, when consumers went on a pent-up buying spree as the economy increasingly reopened.

In the revised data, consumer spending on services — air travel, restaurant meals, entertainment events and the like  — grew at an 11.3 per cent annual rate, below the initial estimate of 12 per cent but well above the 3.9 per cent growth rate in the first quarter. The increase in services spending in the second quarter reflected a shift away from the goods purchases that many people had made while hunkered down at home to spending on services, from haircuts to sporting events to vacation trips.