What comes next with self-driving vehicles

TORONTO — The self-driving era is here, just not the one that was promised. 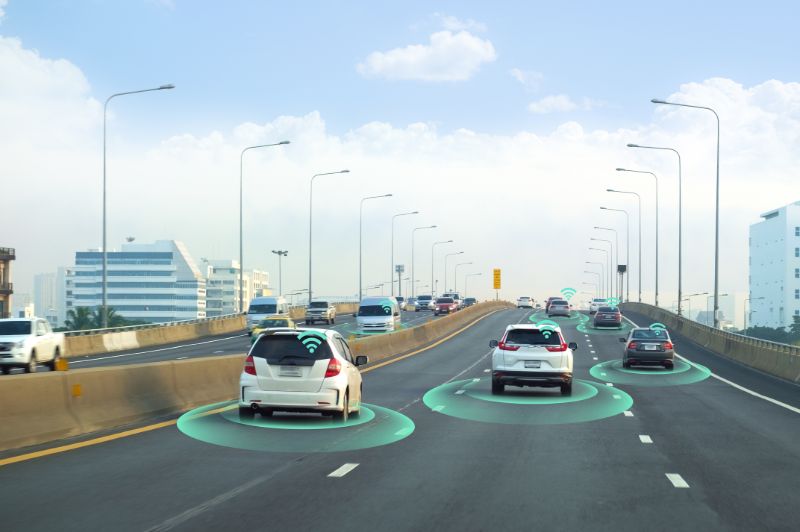 Instead of sleek pods without steering wheels ready to chauffeur buyers off the lot, there are mostly driverless Chevy compacts, Chrysler minivans, and Ford box trucks with bolted-on hardware trundling around bits of the US southwest and, as of August, a short loop of roads in Ontario.

But while the current reality has fallen far short of automaker predictions, it’s worth stopping to acknowledge that there are trucks driving around public Canadian roads making deliveries, without a soul inside.

The technological achievement of the feat has huge implications for business, and society, but the latest industry outlook, humbled by past failures, points to a more gradual rollout.

“People think there will be a magic day where suddenly everything will be autonomous, but that’s not how this is going to work,” said Raquel Urtasun, a leading artificial intelligence researcher and chief executive of Toronto-based autonomous outfit Waabi Innovation Inc.

“You will have certain areas where this technology is going to deploy, and then those areas will expand under more and more difficult situations.”

The slower timeline has led many companies to bow out of the competition in recent years, including Lyft Inc. and Uber Inc. selling off their self-driving divisions and Magna International Inc. taking a big step back, while just in October, Ford Motor Co. cut the ignition at Argo AI, taking a US$2.7-billion loss as it and Volkswagen wound down their combined self-driving effort.

“We don’t expect there to be a sudden aha moment like we used to,” said Ford chief executive Jim Farley on a conference call after the announcement. “Fully autonomous vehicles at scale are a long way off.”

Meanwhile companies still in the push, including the Cruise division of General Motors Co., and Alphabet Inc.’s Waymo LLC, have faced calls from analysts and investors to pull back on spending given the pace of progress.

The problem is that the real world is messy, so even if companies expose their AI-powered systems to thousands of virtual scenarios, the vehicles still might have trouble figuring out what to do when an inflatable Santa Clause blows onto the road.

To deal with this, companies that have managed to take operators fully out of the vehicle still rely on remote supervisors to help respond to the unexpected, making autonomous cars more akin to using self-checkout at the grocery store, where an attendant is at the ready for when the rutabagas don’t scan.

The need for active monitoring, at least for now, puts practical limits on a consumer rollout, even though Tesla Inc. keeps trying. Last month, the company allowed Canadians access to its latest self-driving software, but drivers are still required to sit poised and ready to grab the wheel at any time.

Other auto companies, like Ford, have figured that if someone’s going to be in the driver’s seat anyway, money is better spent making active driving safer, leaving it to the trucking and autonomous cab companies to push forward with efforts to fully remove paid drivers.

So far these commercial companies are working through the early stages of their rollouts, sticking mostly to pre-mapped and set routes, and incrementally giving more control to the machines.

Gatik Inc., the company that announced in October it was the first to fully remove drivers in Canada, is shuffling groceries for Loblaw Inc. between its headquarters on the western edge of Brampton, Ont. to a distribution centre about seven kilometres away.

The fixed route, which avoids schools, hospitals, and busy pedestrian areas (along with the left-hand turns that autonomous vehicles still struggle with), means the company has fewer surprises to deal with.

“It is a highly structured and constrained environment,” said Gatik’s head of policy Richard Steiner.

The company is focused on shorter, business-to-business deliveries as one of the most realistic short-term expansions of driverless technology.

For now, Gatik’s remote supervisors monitor a single vehicle, ready to approve route diversions if there’s, say, a tree on the road, but the plan is to have each supervisor monitor more and more vehicles as the system improves, said Steiner.

To make the leap to a truly self-responsive system that can generalize to any road situation, there has to be transformations to next-generation artificial intelligence, said Waabi’s Urtasun.

“The last 20 per cent is much more difficult than anything else, so we need big leap changes.”

Waabi has been focused on making the leap from a more robotics approach to an AI one, including through their computer simulator of road hazards, while it launched real-world road testing of its transport truck, highway-focused system in November, with safety drivers on board.

But even when those leaps do come, it would still take a long time for self-driving vehicles to trickle through the trucking and busing sectors, according to a 2021 report by the U.S. Dept. of Transportation, giving time for adaption even if the transition could be messy.

While the shift to driverless might take longer than initially projected, it is coming, pushed along by both the business case, and the potential to make roads safer, which makes it important to use this time to answer the many problems still outstanding, said Peter Watkins, chief operating officer at software testing company QA Consultants.

Beyond the technical challenges of making it all work, there’s also serious shortcomings in the regulatory, legal, cybersecurity and ethical frameworks around autonomy, he said.

“Current regulations are not appropriate for autonomy … the software certification is so challenging.”

There’s also questions around how self-driving will shape cities, if freedom from having to actually drive will lead to clogged streets filled with private cars, or, as Urtasun hopes, much safer roadways than today with truckers staying closer to home, and driverless vehicles helping convey commuters to major transit hubs as well as splitting off into smaller, more co-ordinated and efficient bus systems.

“Definitely, the world is going to be transformed in many significant ways, right? We just need to make sure that we do it, you know, for the positive.”

Supply chain turbulence is here to stay, so what is Canada doing about it?