By Jordan Press THE CANADIAN PRESS On Dec 1, 2020
Share

OTTAWA — The federal Liberals are proposing $25 billion in new spending to help Canadian businesses and workers make it through a COVID-19 winter and vowing tens of billions more to help the country recover once the pandemic passes. 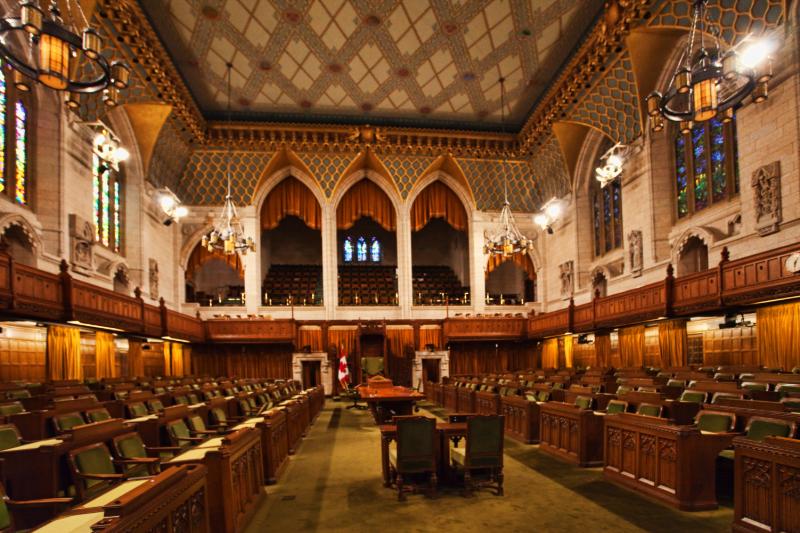 The government’s fall economic update proposes to send extra child-benefit payments to families next year as well as to put cash into skills training and to create new jobs.

For businesses, the government wants to bring the wage subsidy back to 75 per cent of business payroll costs and extend the business rent subsidy to mid-March.

There is also money for long-term care facilities and the stock of the nation’s personal protective equipment, while dropping federal sales tax on face masks and shields.

Finance Minister Chrystia Freeland’s update makes clear the measures will be removed once the economy improves, although the timing is tied to the path of the pandemic.

The cost to date has the federal deficit reaching $381.6 billion this year, but the government’s math says it could close in on $400 billion if widespread lockdowns return in the coming weeks.

Freeland’s update largely adds cash to existing programs, but tees up work already underway to craft a spring budget. She said it will focus on an economic recovery that will include a three-year stimulus plan worth up to $100 billion, depending on the twin paths of the economy and the pandemic.

“If it’s pre-committed and locked in, the risk is you overstimulate the economy, whereas this seems more that if things go the other way, there’s more to come, which will support growth,” said RBC chief economist Craig Wright.

While the details have yet to be worked out, Freeland said the stimulus plan will include time-limited spending on things like a green economy bio-manufacturing — the industry that makes vaccines and medication.

Freeland argued some of the down-payments on that plan are in Monday’s update, including proposed grants for homeowners to make energy-efficiency upgrades.

Perrin Beatty, president of the Canadian Chamber of Commerce said the economic statement provides some short-term help, but it still “presents a plan to create a plan” for recovery.

There is no specific “fiscal anchor,” a measurement to moor government spending to keep it from drifting off target, guiding the plan. In its place are economic indicators like the unemployment rate and hours worked that the Liberals will use to decide when spending can ease off or when the taps need to be opened wider.

“As we build our growth plan, and as we deploy it, the measure we’re going to be looking at to see if we’ve got the job done is really around jobs,” Freeland told reporters.

“The creation of vaguely defined guardrails with no real line of sight on the end of stimulus spending, let alone its composition, has arguably added more uncertainties to the fiscal outlook rather than less,” she said.

The country has recovered about three-quarters of the three million jobs lost during spring lockdowns. The Finance Department estimates the unprecedented spending to date prevented a further loss of about 1.2 million jobs.

The document Monday updates the accounting on many programs, showing under-spending on some that the Liberals now want to top up, such as the wage-subsidy program that is now supposed to cost over $83.5 billion.

A revamped commercial rent-relief program will cost $2.18 billion this fiscal year. The two programs are, combined, estimated to cost about $16.2 billion next year.

Dan Kelly, president of the Canadian Federation of Independent Business, noted the changes to business aid will help small businesses plan for an uncertain foreseeable future.

“Still, it is disappointing that government has not announced further fixes for new businesses and self-employed Canadians, who remain ineligible for nearly all of the key support programs,” he said.

Spending next year on extra child benefits will send $1,200 tax-free to families with net incomes up to $120,000, and $600 for families that make more than that.

The cost will be about $2.4 billion, a little more than the $2 billion for extra Canada Child Benefit payments this year, bringing the total cost for the program next year to $27.9 billion.

And while the document includes money for long-term care facilities, there is no specific bump planned in health transfers for the provinces. What the Liberals are proposing is to provide more money to provinces that see sudden drops in revenues through an existing fiscal-stabilization program, an increase provinces asked for last year.

To pay for some of it, the Liberals are proposing to make digital companies like Netflix and Airbnb collect and remit sales tax on their products.