The Yukon government wants to see more than 4,800 electric vehicles on the road by 2030 as part of its bid to drastically cut the territory’s greenhouse gas emissions, according to its climate change strategy released Sept. 14. 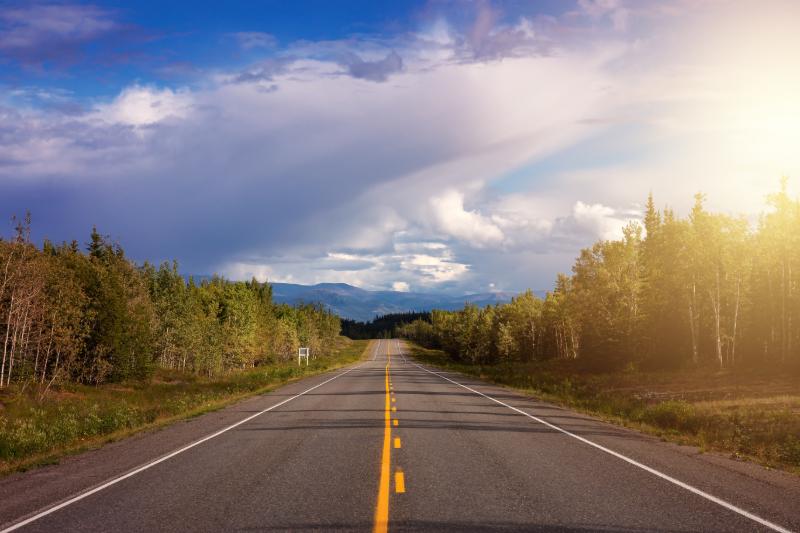 The number of vehicles included in the strategy dwarfs the 22 electric vehicles currently registered in the territory, according to the Yukon Bureau of Statistics, among more than 40,000 cars and trucks registered in total.

To meet this mark, over the next 10 years the government is providing $18.4 million in rebates — including $5,000 for the purchase of an electric vehicle, along with incentives for installing charging stations to keep them going.

“By participating in these new programs, we can collectively take steps toward a sustainable future that benefits Yukoners and the environment,” said Ranj Pillai, Minister of Energy, Mines and Resources, during the unveiling of the strategy. “Electric vehicles are proven to be reliable, consistent and efficient in our cold weather, with many Yukoners using their electric vehicles year-round without issues.”

The strategy notes that only roughly 24 per cent of all energy in Yukon right now comes from renewables. That’s when heating is factored in, as well as diesel-fuelled electricity in off-grid communities.

The strategy also includes energy efficiency programs for homes, shoring up infrastructure to the effects of climate change and setting intensity-based targets, or reductions based on production levels rather than a general cap, for mining operations in 2022.

The Yukon government, with the help of Ottawa, is projected to spend more than $500 million to fully implement the strategy.

Transportation is the heavyweight in territorial emissions. According to the strategy, 54 per cent of Yukon’s total emissions came from vehicles, while an additional seven per cent came from aviation in 2017.

The plan aims to reduce road transportation emissions by at least 30 per cent from 2010 levels by 2030, the strategy says.

The rebate of up to $5,000 for purchasers of an electric vehicle applies to cars, trucks snowmobiles, motorcycles and electric bicycles, Pillai said, noting that there are also rebates for the associated shipping costs for the vehicles, as it’s expected many are to be imported.

Rebates can be claimed for fully electric vehicles and certain plug-in hybrids. To be eligible for the full rebate, hybrids must have a battery capacity of 15 kilowatt hours or more. A smaller rebate of $3,000 is available for hybrids that have battery capacity below this.

According to the strategy, the Yukon government will work with local dealerships and manufacturers to ensure electric models make up 10 per cent of light duty vehicles sales by 2025, and 30 per cent by 2030.

Half of new cars purchased for the government’s fleet will also be electric.

These rebates can be paired with a similar incentive by the federal government, which, since 2019, has offered upward of $5,000 for fully electric or long-range hybrid vehicles.

There were only three electric vehicle charging stations in Yukon in 2018. Now there are 13 between Dawson City in the north and Watson Lake in the south. Two more are slated to be installed this year.

The strategy says that by 2027 it will be possible to travel to all road-accessible communities in Yukon using an electric vehicle, adding that the Yukon government is working with counterparts in Alaska, British Columbia and the Northwest Territories to create a cross-border network of charging stations.

Asked how many charging stations are required to adequately power upward of 5,000 electric vehicles, Brigitte Parker, a spokesperson with Energy, Mines and Resources, said in an email to The Narwhal that the total number hasn’t been determined yet. However, she added, it’s expected that two fast-charging stations are to be installed every year across the territory from now until 2027.

Installing charging stations on stretches of highway is but one piece of the equation. Shane Andre, director of the energy branch, a wing of Energy, Mines and Resources, said 90 per cent of electric vehicle charging happens at home.

“That’s where we know most of the charging is going to take place,” he said. “That leaves a gap.”

To address this, starting this year, the Yukon government, in partnership with Yukon’s public utilities, is rolling out rebates to support charging stations installed at residences, commercial or institutional buildings, the strategy says. Residents who install a charging station at home can get a rebate of $750; businesses or institutions can get upward of $4,000 per charger.

In 2024, legislation will be drafted to make it possible for businesses to sell electricity for electric vehicle charging, the strategy says.

According to the 2019 National Inventory Report conducted by the federal government for the United Nations, vehicles that use heavy duty diesel fuel accounted for the highest concentration of greenhouse gas production in Yukon, with 195 kilotonnes of emissions generated in 2017. Light duty gasoline vehicles were the second highest emitters at 92 kilotonnes.

But some modes of transportation — semi-trucks, for instance, which bring food and other supplies up from the south — can’t be made electric, as technology hasn’t advanced to that degree yet, said Aletta Leitch, senior project manager of the Yukon government’s climate change secretariat.

“It’s simply that the technological solutions and the options for reducing emissions are very different in that sector,” she said.

This makes blended fuels a critical piece of the strategy, as they reduce the carbon intensity of traditional fuels. Mixing ethanol and renewable diesel — fuels produced from certain plant oils and agricultural waste — with gasoline or diesel produces lower greenhouse gas emissions when burned, the strategy says.

Regular vehicles can use a certain percentage of blended fuels without issue, Parker said.

In 2025, all diesel sold in Yukon for transportation will have a biodiesel and renewable diesel content of roughly 20 per cent, the strategy says; all gasoline sold in the territory will have an ethanol content of about 10 per cent.

Taken together, blended fuels are projected to reduce greenhouse gas emissions by 70 kilotonnes in the next decade.

Temperatures in the North have increased by 2.3 C since 1948, the strategy states, noting that this is most acute in Yukon and the Northwest Territories.

“This is close to three times the rate at which global temperatures are rising,” the strategy says.

And with that warming comes a long list of impacts, including continued permafrost thaw — which can damage buildings, roads and ecosystems — flooding and more severe forest fires, it says. Food insecurity is another problem, with changes to weather disrupting access to country food.

Greenhouse gas emissions in Yukon account for 0.1 per cent of Canada’s emissions overall, the strategy says. While a small percentage in the bigger picture, for a territory of roughly 42,000 people, “our per person emissions of around 18 tonnes per person are the sixth highest in Canada and higher than many other countries,” it continues.

And emissions are increasing. In 2017, 624 kilotonnes of greenhouse gases were emitted in the territory, a growth of 32 kilotonnes over a seven-year period, it states. “Based on modelling, we anticipate that Yukon’s emissions, excluding mining emissions, could increase to 678 kilotonnes in 2030 if we do not take action,” the strategy says.

Road transportation emissions alone increased from 220 kilotonnes in 1990 to 373 kilotonnes in 2017, according to the national inventory.

The actions outlined in Yukon’s strategy account for 75 per cent of the Yukon government’s emissions reduction goal. Over the next decade, these actions will be updated, in 2024 and 2027, it says, “based on progress and new information that has emerged.”

The government will report on the strategy’s implementation annually, including the status and progress of each action item, and greenhouse gas emissions forecasts for the territory.

The myth of electric cars: Why we also must focus on buses and trains